Cairo – As of Wednesday, more than 12,000 Facebook users have joined the “Egyptian mothers’ revolt against curricula” page, banding together in solidarity against the “outdated” school curricula provided by the Ministry of Education.

The Facebook page was created in mid-March. Its members complain that the curricula push their children to memorise information and discourage research and innovation. Toward this end, they also carry out parallel activities outside of the social media realm. A segment of them have called for boycotting the education ministry by having children stay home for two weeks.

There are also calls for organising a protest by mothers outside the ministry’s headquarters.

The “trigger of the [mothers’] revolt” is the curricula taught to sixth grade elementary students, according to Naglaa Fathallah.

She told Aswat Masriya that curricula are too dense, “huge”. In the history subject alone, she added, students are required to know Egypt’s history from Mehmet Ali Pasha’s era through the 2011 Uprising and its aftermath. The 2011 Uprising saw the ouster of Hosni Mubarak after he ruled the country for 30 years.

Fathallah has two children: One in sixth grade, the other in first grade.

She said that nature of curricula and the size of information in them make children hate school and education.

Fathallah also spoke about a well-known problem that has long marred the education system in Egypt: private tutoring. Many Egyptian parents pay for children to get extra tutoring outside school to help their children better understand the school curricula.

Fathallah believes that the curricula are so difficult that parents have to seek private tutoring for their children.

“If our demands are not met, we will escalate [the issue],” she said. Their demands, according to the mother of two, are that parts of the second semester’s syllabi for this schoolyear be chopped off.

Samar Ibrahim, another member of the group who identified herself as a housewife, agrees with Fathallah. “We want the third unit of each subject be cancelled because exams are a month away. This way, the burden will be a bit lighter,” she said.

But Naglaa Saieed, also an Egyptian mother, speaks of more radical demands: a comprehensive reform of education policies in Egypt.

“We are tired of officials who have no idea about the nature of existing curricula, and of our children’s inability to absorb them,” Saieed said.

Education Minister al-Hilali al-Sherbini spoke to a TV show on Sunday and promised that the ministry will remove some parts of the new schoolyear’s syllabi.

But an expert told Aswat Masriya that this is not the right approach to dealing with the problem.

“The ministry has a wrong idea about removing excessive parts of the curricula. It has long exploited such calls to cut spending on the printing of schoolbooks through decreasing the amount of paper,” Abdel Hafiz Tayel, the head of the Egyptian Center for Education Rights, said. “The problem is not in the number of pages, but is in presenting useful content that respects the child’s mind and becomes the child’s friend.”

“The state is still unable to set policies for good and real education, even after the outbreak of two revolutions,” he added, in reference to the overthrow of Mubarak in 2011, which was followed by the military ouster of then-President Mohamed Mursi in 2013 after mass protests against his rule.

“A change in curricula should take account of the developmental objectives that education seeks [to achieve].” 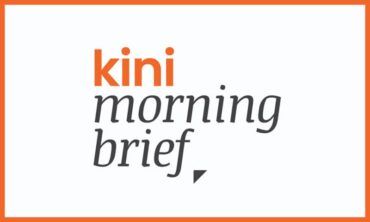