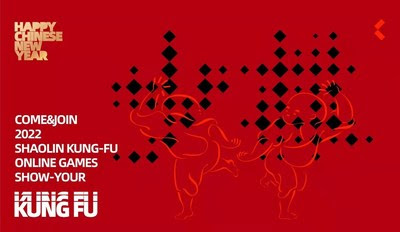 “Shaolin kung fu boasts the value of fitness, enlightenment, and harmony,” said the abbot of the Shaolin Temple, Master Shi Yongxin. “As countries around the world battle the COVID-19 pandemic, the Shaolin Temple launched the competition online with the aspiration of promoting peace, friendship, and health, hoping that kung fu fans around the globe gain health, fitness, and happiness,” the abbot added.

The Shaolin Temple organizes year-end kung fu examinations for the monks at the end of each year to encourage kung fu monks to be more brave and diligent.

This year, the examination will be launched online for kung fu lovers of all ages across the globe. Participants will only need to upload a video to the official website of the activity.

The online kung fu games promote communication and interaction between people around the globe against the backdrop of epidemic curbing. The online games are not only an arena for global competitors but also a joyous “family reunion” of all kung fu enthusiasts.

The Chinese zodiac sign of 2022 is the Tiger, and the tiger represents justice, majesty, bravery, and diligence in Chinese culture, which identifies with the concept of Shaolin kung fu.

Shaolin Kung fu has a long history of more than 1,500 years and is one of China’s top-level martial art schools with a complete system. As a national intangible cultural heritage of China, Shaolin kung fu illustrates the desire for supernatural powers and the pursuit of extraordinary wisdom.

The Shaolin Temple has established Shaolin Culture Centers in more than 120 cities on five continents, with more than tens of millions of disciples. Former South African President Nelson Mandela praised Shaolin culture for the human values it instills. Moreover, Stephen Orlins, president of the National Committee on United States-China Relations recalled the legacy of the “ping-pong diplomacy” when talking about Shaolin kung fu, after watching a kung fu performance at the United Nations headquarters.

Registration for the games is now open until January 20 at 24:00, local time. Please visit the official website and App of the Shaolin Temple for more details.